Jurzeecat Ent Encourages Students To Do Better In School 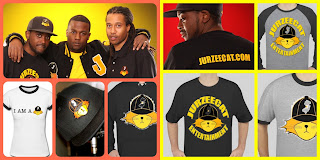 TRENTON-- Local non-profit tells Trenton youngsters that there is no play without hard work first.

From prom nights to concerts, these youngsters have it made if they can maintain a 3.0 GPA, have an excellent attendance record, and stay out of trouble.

Incentive programs have become the subject of debate in the last couple of years. Critics say rewarding students for doing well in school undermines the joy of learning and can encourage cheating. Supporters say that kids need motivation, especially in high poverty areas like Trenton. According to the NJ Department of Education, Trenton Central High West has a 53% graduation rate.


Jurzeecat Ent. CFO,  Shawn Hedgepeth said, that he and his partners created the incentive program as a way to give kids that extra push that he and many others didn't have when they went to school. To help get their program off the ground, Hedgepeth and his associates have sought to raise funds by promoting and selling their own Jurzeecat Entertainment apparel. Yet help is still wanting. 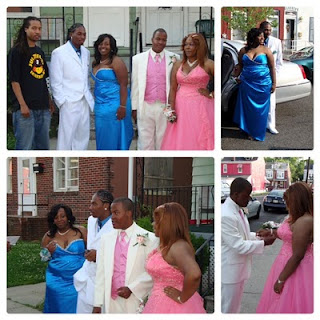 One individual, David Prewitt, a Kean University freshman, participated in Jurzeecat Entertainment's Prom Night event in 2009. He and his date, Kierra Levie, were escorted to the prom in a limousine care of Jurzeecat after pulling their grades up and submitting a essay showing why they should be chosen.

Prewitt said, "I had to take care of my grades. I had to write an essay about education and why I thought was important and why I should win the limo. Keon was my mentor. I did not have a lot of guidance growing up, so he was someone talk to. He motivated me, he was like a big brother".

Prewitt is currently studying criminal justice at Kean. Prewitt had B’s and C’s before hand, but said the program got him more focused and it saved him a lot of money for the prom.

He went on to say that he started getting A’s and B’s soon after despite starting off as a student that received D's. According to Prewitt, the incentive program gave him a push to improve his grades before starting college. Prewitt went on to say that Jurzeecat Entertainment's incentive program is a great opportunity for other seniors in high school and other city youth.  He said, "I think the program was great for its mentoring, we need male role models".

Kierra Levie, Trenton High graduate and upcoming nursing student at Mercer County Community College, said that she heard about the program through her boyfriend and prom date, David. She said that she had to maintain good grades and write an essay. I wanted to make sure everything was right before heading to college. Jurzeecat Entertainment provided limousine transportation, took pictures, and supplied a gift basket.

Levie said that, "its a wonderful program, I think with anything in life, you should earn it and work hard for it. I think that's what Jurzeecat Entertainment is all about".

When asked about rewarding TCHS students for doing well is school, Kinya Boyd-Williams, a local parent, said that the program could work for certain kids and motivate them to do better. She went on to say that Trenton High kids need something like this because there are many other things out there that kids find attractive but are not good for them. Kinya said, why not make doing well in school attractive.

Kamira, a senior at TCHS that gets B's said that getting a limousine to prom or attending a free concert would not really motivate her to take it to another level academically, but that it would probably encourage her classmates.

To help or get involved, contact Jurzeecat Entertainment CEO, Cameron Turner, at 609-496-1550.