Trenton Bookstore Was Close But No Cigar 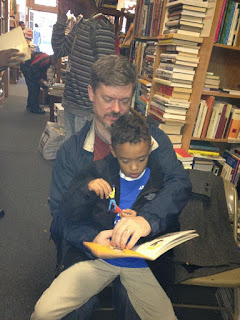 TRENTON-- The results are in. Despite all the tweeting, Facebooking, etc, Trenton used bookstore, Classics, ends up not walking away with the trophy in the PepsiRefresh Contest, but the well-liked bookstore is not deterred.

Eric Maywar, owner of the downtown used bookstore, entered his Trenton Books at Home Program into Pepsi's contest to win a $25,000 grant in early December. For more information on that, click here.

The Trenton Books at Home program provides free books to Trenton kids. For three years, this program has handed out over 2,000 books a year with the help of schools, churches, after school programs and community groups.

Maywar said that despite not winning the contest, he and the folks at Classics have learned a lot from the process and definitely have something up their sleeve for the next contest.

The used book store proprietor plans to find alternative ways to help put more books in children's hands in the near future.

Maywar went on to say that he was thankful for all the daily voting, the re-posting, the tweeting, the fliers, and the recruiting that members of the community took part in on their behalf while they were in the PepsiRefresh Contest.

To learn more about Classics Used Bookstore in Trenton, feel free to contact Eric Maywar or Laurice Reynolds at (609) 394-8400.
Posted by Anwar at 12:22 PM