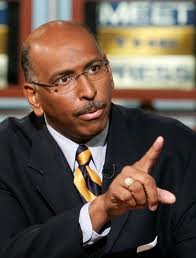 TRENTON-- Anwar's Reflections-- a Trentonian affiliate-- sat down with former chairman of the Republican National Committee (the GOP), Michael Steele, in November.

During the interview, Steele, the outspoken former lieutenant governor of Maryland, discussed a variety of topics.

From the Republican Party's lack of engagement with voters in urban communities like Trenton to his take on local filmmaker Kevin Williams' documentary, Fear of a Black Republican, the political firebrand spoke out.

For more on Williams film, click here to view the Trentonian's coverage.