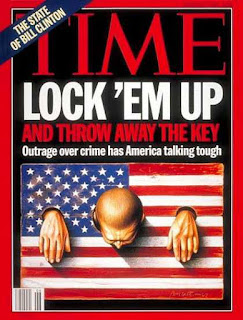 TRENTON-- Anwar's Reflections-- a Trentonian affiliate-- sat down with community activist Dion Clark, Saturday morning at a local Dunkin Donuts, to discuss a variety of issues, including but not limited to, his recent stance against ATV riding on city streets, his desire to have certain city council members excuse themselves from landlord ordinance votes, and his view on what Trenton should do about its recent spate of violent crime.

During the interview, Clark, a former candidate for Mercer County Freeholder, voiced concerns about four members of city council voting on landlord ordinances because they, too, are landlords. Clark argues that these individuals should not vote on matters that they could potentially benefit from as landlords in the city. To him, this presents a conflict of interest. Members of council can vote on landlord matters that include inspections, fines, rules and regulations, etc.

Others have made the case that city council members that own property and rent it out have every right to vote on landlord matters because they bring a unique insider perspective that others may not have.

Later during the interview, the East Trenton native spoke on the issue of ATV riding in the city. While speaking on this ongoing problem, Clark gave an account of a recent incident involving an individual riding an ATV near his Wilbur Section home. He said that he witnessed a young man revving his engine outside his home. When looking out his window, Clark reports that from looking at the young man it was almost as though he was looking for the police to spot him. According to Clark, this is a regular event in his community. ATV riding is illegal to do on city streets.

With regard to the recent series of violent crime in the city, Clark said city officials have not responded adequately to address the problem. He said the best way to respond to the city's crime is by adopting a 'zero tolerance' approach where both police and residents alike take action and do their part.

Clark went on to say that one does not have to visit Saudi Arabia to know what a terrorist is. He said there are communities all over America that are coping with what he calls 'urban terrorists' in the same way Trenton is currently.