Vocalist RODNEY TALLEY Is On A Mission To Reinvent Gospel Music 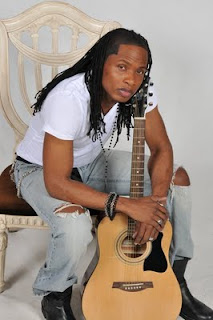 Today, Anwar's Reflections was fortunate enough to sit down with up and coming singer and performer Rodney Talley. For those that don't already know, Talley, a Philadelphia native, has been fine tuning his craft since he was just a teenager. Nowadays, you can find the multifaceted artist not only singing or performing, but also mentoring, teaching, and choreographing for different ministries nationwide.

During our interview, Talley discussed his debut album Revelation, the artists that influenced him, and much more. Talley has a soulful sound and a positive message that is sure to not only entertain but also move you. During the interview, Talley mentioned that with this new album, he wanted to connect with an audience that yearns for a more progressive-R&B gospel sound. Trust me, Talley is an artist you don't want to miss. His album is scheduled to be released April 26th. Revelations can be bought through cd baby, Amazon, and selected stores. For more information, contact RDR entertainment at (610) 228-0142.

Below you will find an audio recording of Anwar's Reflections exclusive interview with the one and only Rodney Talley along with a YouTube video that gives you a sample of Talley's vocal skills: