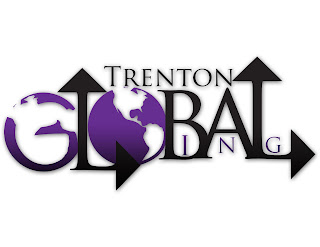 TRENTON—  Will Foskey, co-founder of Trenton Going Global, a civilian based content curator for Young Adults in Trenton, recently entered his documentary “What Did The World Take? The Oppression and Misconceptions of Trenton, NJ”, into the 2013 Abelcine Documentary Grant contest.

What Did The World Take? is a heartfelt look at a resilient group of Trenton residents fighting for the good name their selfless actions merit.

Foskey is known in Trenton as a motivational servant to his peers. He currently produces two web-shows for the city:

Trenton: Homebase, is a hub for Trentonians whom travelled abroad and achieved tremendous success, giving them a place to come home and express how being born and raised in Trenton benefited their careers.

According to a press release, “What Did The World Take?” presents a clear, unbiased approach to the social tug-of-war that is Trenton, NJ. As the title of the new documentary indicates, Foskey, the filmmaker, seeks to document what he calls the Oppression and Misconception here in the city. The Oppression refers to the unfortunate reality that the average age of Trenton residents is 32 years old; yet this generation isn’t represented in political office, community development, and is often held back by their elders. The Misconception refers to unforgiving facts like Trenton’s desperate need of new jobs despite there being many state jobs here in the city that most of the time go to non-residents.

This new documentary comes at a time when the world has previously seen other documentaries that have told a quite different story about Trenton. In the past, there was Gangland, a History Channel documentary that highlighted gang life in New Jersey’s capital. Along with that piece, there was a recent documentary done by Princeton University students that documented homelessness here in the city. Foskey’s documentary takes a different look at Trenton.

Foskey says that “this documentary will promote the best of us". The young filmmaker, 35, went on to address the local government and local newspapers by saying “time is up on promoting the rest of us for their selfish gain. We’re a city of passionate, resilient individuals. We’re a city of triumphant success stories. I need my City, my County and my State’s help in telling this story. Check out the trailer; share the trailer on social networks, “Like” the trailer. By winning this contest, I’ll receive the equipment needed to elevate the quality of the documentary to best reflect the good people of my hometown.”

For more information about the documentary and how you can help or get involved, contact Will Foskey at Willie.Foskey@gmail.com or 609.672.6123.

To view the What Did The World Take? Documentary Trailer, click here or view below:


2013 AbelCine Documentary Grant - What Did The World Take from Will Foskey on Vimeo.