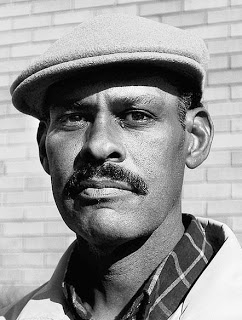 TRENTON-- It was a truly sad day in the city of Trenton when I heard through the grapevine that Wilbur Section’s champion Zane Dion Clark had passed away in his Walnut Avenue home. It was a Sunday, I believe. For those that didn’t know Dion, I’ll tell you that he was a good man that had a strong and passionate commitment to his hometown.


In each and every conversation we had over breakfast at Pat’s Diner, Dunkin Donuts, or the Parkside Diner, he would at some point mention how important it was to improve the city of Trenton. In the middle of jokes, catching up, and chewing the fat, we would eventually get to Trenton’s dire straits.

Despite the sad and unfortunate nature of Mr. Clark’s untimely death, I think his departure from this earth shows me something fundamental about the nature of time and how important it is to use time wisely while you still have a chance. Indeed, Mr. Clark used his short time on planet earth to help others, build up his community, and last but not least, take care of his precious granddaughter. During his lifespan, Mr. Clark had no time for hate, finger-pointing, and criticizing the powers that be. He was better than that.

Dion was a man of principle that never missed a city council meeting. Dion fought for this city with every fiber of his being and never asked for a reward. He lived and breathed Trenton, and in particular his beloved Wilbur Section. Indeed, Dion had a fierce sense of urgency about urban blight, ATV’s in the community, illegal dumping and a host of other quality of life issues that plagued this great, yet beleaguered city. In different conversations, he was fond of saying that he was not some great hero, rather he saw himself as simply being a good neighbor.

Dion used his time to make a difference while he was here. He taught me that you don't have to be flashy or dribble a basketball to be a hero. Lo and behold, he showed me that caring about your community makes you a hero albeit an unsung hero, but a hero nonetheless. Indeed, Dion’s life and legacy will live on as long as I have something to say about it. That's my story and I'm sticking to it.