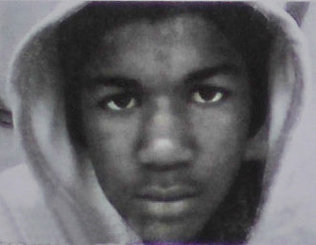 According to the controversial 'stand your ground' law, citizens have the right to use deadly force anywhere they 'reasonably believe' it is necessary to stop another person from killing or hurting them badly.

In response to this event, anger and outrage have swept the country. Marches and rallies have ensued involving prominent individuals like civil rights activist Al Sharpton and radio personality Michael Baisden. President Obama has even called the incident a "tragedy".

This tragic episode has also sparked local interest. Pastor Simeon Spencer of Union Baptist Church decided to have his congregation wear hoodies this Sunday in remembrance of  Trayvon.

On March 26th at 7 PM, area residents will hold a vigil on the one month anniversary of Trayvon's murder. The location will be the Occupy Trenton site at the World War II Memorial Park 136-140 West State Street (across from the New Jersey Statehouse).

People will light a candle, tell a story, sing a song or just quietly observe the moment. This is a space for people to peacefully mourn, share their anger, and give each other strength and hope in the long fight for justice.


Like citizens in many cities across the nation, members of the local Occupy the Hood movement seek to  remember Trayvon and countless others that have been wrongfully murdered because of prejudice and fear.

Members of the Occupy movement say that, besides Trayvon Martin, there have been other prominent cases involving similar offenses. Cases involving individuals like Sean Bell,  Oscar Grant, Sakia Gunn, Brisenia Flores, and Luis Ramirez. They argue that there are many more out there that remain nameless, faceless victims of a corrupt, unjust society, which says some lives are just worth less than others.