Trenton's Own WISE INTELLIGENT of the Poor Righteous Teachers Sounds Off 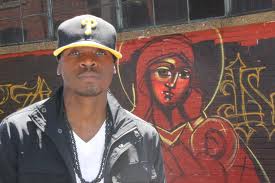 TRENTON- Let's rock this 'funky joint'. Today, Anwar's Reflections was fortunate to sit down with the one and only Wise Intelligent from the well-known rap group Poor Righteous Teachers. During the interview, Wise Intelligent, a Trenton native, discussed a variety of topics. From  his new album, THE UNCONK DJEZUZ DJONEZ, to the current state of hip hop, Intelligent chimes in. The Trenton based MC also shares his thoughts on where he sees Trenton in five or ten years. His latest musical project, THE UNCONK DJEZUZ DJONEZ, is currently in stores. Below you will find a copy of Anwar's Reflections exclusive interview with the one and only Wise Intelligent:


: Tell us a little bit about your background, we know you grew up in , but what motivated you to start a career in rap music?
WI: I honestly never looked at what I was doing with Hip Hop within the context of a career. I was about 12 or 13 years old growing up in a hyper-segregated, poverty concentrated 7.5 square mile ghetto. Hip Hop was to a young kid like me a way to be happy about something! Hip Hop was an opportunity to dance my way “out of my constrictions,” beautify lifeless street walls with artistic colorful graffiti murals, write colorful poetry that interpreted my feelings and experiences – good, bad and indifferent. So, we simply did what we saw Hip Hoppers doing. We heard Hip Hop on the radio, we wanted to be on the radio. We saw Hip Hop on video shows, we wanted to be on the video shows. I may be oversimplifying it but that sounds about right?

: Which musicians or hip hop artists have influenced your work?
WI: There are many Hip Hop influences. Everyone from Public Enemy (Chuck being my favorite MC), Run DMC, Whodini,Dana Dane, Slick Rick, Rakim & Eric B., MC Lyte, Roxanne Shante, The Supreme Team, King Sun, Shinehead, Just-Ice, MC Shan, Boogie Down Productions, Ultramagnetic, Scholly D, and most importantly Afrika Bambataa. That’s not all of them but a great few.

AGS: What do you think of the current state of hip hop?
WI: I think Hip Hop is as it always was. Unless, we’re interpreting its condition based on what Hip Hop is doing at the mainstream level. If we are speaking from a place of Hip Hop’s message and activism – artists are still sending out every type of message from conscious to gangster, from party to bullshit just like 20 years ago. If we are speaking from a mainstream perspective it’s not a true assessment of Hip Hop. Because today’s mainstream only allows ONE message to permeate its mediums – i.e., niggerisms. Thus, the state of Hip Hop should not be interpreted based on what we hear on mainstream radio and video exclusively. Rather, the work of Dead Prez, Brother J, Kendrick Lamar, Saigon, Jasiri X, Jay Electronica, Paris,Immortal Technique, of course Wise Intelligent and others should be discussed. As well as the ON THE GROUND VISM with which many of these artists engage the community off the mic. That’s the state of Hip Hop.

: Your new album, THE UNCONK DJEZUZ DJONEZ, was released in February. Who did you work with on this LP? How would you define this album in your overall body of work as an emcee? In your own words, what makes this album stand out among all the other albums you have put out thus far?
WI: On the DJEZUZ DJONEZ project I worked with some very talented producers. aka ahkPRIME out of . Big Scott 7XL out of , D-Rel also out of ill., Kasar tha Star Gaynor out of Vocally I worked with Tye Austin out of Oakland CA., Tara Courtney out of , Rahzii Highpower of as well. DJEZUZ DJONEZ is what happens when man gets “stronger till he’s man no longer.” When we truly realize our power, the source of that power and reconnect to it. Then we can get about the task of building a people. Doing the work. Not using your form of godliness to oppress the very people you’re gifts were given to lift up. This is to deny the power thereof. Spitting at God if you will. DJEZUZ DJONEZ stands out like a sore thumb among my earlier recordings. It’s closest to The Talented Timothy Taylor and furthest from Black Business. It’s a Wise Intelligent perspective, history and experience. Not necessarily a PRT thing. My messages are clearer and sharper these days.

: Do you find that your message is relevant in these days and times? If so, why is that?
WI: This is the question that’s most often asked by journalist. Relevant? What’s irrelevant or NOT “relevant” about a record called GENOCIDE (The Talented Timothy Taylor) exposing the distribution of tons of crack into African American communities to raise funds for a war in Nicaragua when this has resulted in some 2 million black men being incarcerated TODAY? What’s irrelevant or NOT “relevant” about a record called CROWN OF THORNZ (Djezuz Djonez) that addresses the deplorable apartheid schooling system the majority of black youth are subjected to TODAY? What, I ask THE BLACK COMMUNITY first, the WORLD second – is NOT “relevant” about making you aware of an imminent danger or threat to your right to exist in recordings like ILLUMINATI (Djezuz Djonez)? Some argue that “young people don’t want to hear that.” That position is more emotional than it is factual. We used to be the same young people. We were 16 to 24 year olds in the streets, dealing drugs, wildin out, etc., however, we bought, listened to and supported Public Enemy, BDP, Farrakhan, Leonard Jefferies and Rodney King. Why? Well, because they were available to us on mainstream radio, video and other mediums. We did not have to look for them in a virtual library of “underground” or “off Broadway” avenues on the internet.

AGS: Being that you're a Trentonian and a conscious emcee, where do you see in five or ten years?
WI: I see many more Hispanics. Maybe even a Puerto Rican mayor. I see many more Africans coming from the continent – namely . I also see an escalated rate of gentrification and return of white suburbanites to the city when the cost of living becomes too high for the constant commuting; gas, property tax, etc. Poor schools will no longer be a deterrent because of the current movement to privatize all public schools and many parents already pulling their children out of public schools for private and magnate schools. As far as the “native” or “indigenous” black population in . This population can indeed govern and or determine much in the city, however, there is too much fragmentation. My message to the Blackman in and other American inner-cities– UNITE or PERISH!
www.wiseintelligent.com / www.youtube.com/wiseintelligent  / www.twitter.com/wiseintelligent
AGS is an acronym for the author and founder of Anwar's Reflections, Anwar G. Salandy, WI is an acronym for Wise Intelligent.
Posted by Anwar at 12:49 AM