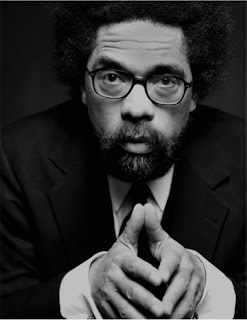 PRINCETON-- Imagine if you will, the mind of Albert Einstein meeting the funk of Curtis Mayfield, and there you have the one and only Dr. Cornel West. Today, Anwar's Reflections--a Trentonian affiliate-- sat down with Dr. West at his office in Princeton, New Jersey.

During our interview, West discussed a variety of topics that are currently in the news. From Osama Bin Laden's death to his controversial remarks about President Obama and Rev. Al Sharpton, America's distinguished public intellectual shares his thoughts and views. Please see the videos below to access the interview:

In one part of the interview, Dr. West discusses his disagreement with well known activist Al Sharpton along with his controversial comment that President Obama is a "black mascot for the wealthy".


In another part of the interview, the well-known professor discusses Osama Bin Laden's death along with President Obama's chances for reelection in 2012. He also chimes in on President Obama's recent birth certificate release.


Toward the end of the interview, Dr. West discussing community leadership in places like Trenton along with his love for music.