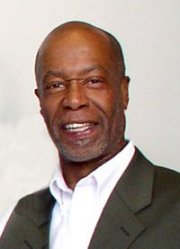 Today, Anwar's Reflections sat down with well-known educator Professor Alvyn Haywood. During the interview, Haywood discussed his passion for education and his unique method of instruction. Professor Haywood, an engaged scholar, doesn't limit his talents to the classroom, he also engages the public through various community outreach programs. Professor Haywood has touched the lives of so many, even my own, even though I never took his class. From hosting a television show to mentoring the youth, he is truly an inspirational figure. He also won the distinguished teacher of the year award in 2008. His students love him. Below you will find a copy of Anwar's Reflections exclusive interview with Professor Alvyn Haywood:

AGS: What do you do?

I am an educator and a socially engaged scholar. I am a professor of speech communications here at Mercer County Community College. I teach a variety of courses, public speaking, human communications, and interpersonal relations, but I wouldn't say I'm an activist. I would say I'm a socially engaged scholar because knowledge is the gift that the creator of all life gave to all of us and I see life as being an ongoing journey of the soul and on this journey information is of much importance if you will, but being on the way of knowledge, being a student of knowledge to me, implies that one is intimately involved in the inner workings of everyday life and so therefore, the duty of a civilized person or an educated person is to be in the activity or involved in 'each one reaching one to teach one'. So thats why I would say I'm an engaged scholar as opposed to an activist.

AGS: What is your background?

As a younger man, I was described as an airhead if you will, of course, I didn't take too kindly to that. Nevertheless, to me it sounded like a challenge and as a street fighting man and as a performer, I love challenges. So I asked my patron at the time what they would think, quite frankly, about my going to college at which point he began to verbally abuse me and say all sorts of ungodly things to me. So at age 25, I decided to pursue this challenge and enroll in a school in upstate New York called Nyack College, then I transferred to another college in North Carolina, called St. Andrews College Presbyterian College it was at that time that I came to a greater realization of myself. I majored in theater and minored in psychology. It was during that time that I was then asked, what do I want to do, I thought to myself, I wanted to return to London where I previously did a semester of study, however, I still felt something was still here for me in the United States, and it was hard for me to put a finger on it, but it was one of those gut feelings. The man that initially challenged me to go to college came back and said why not try a graduate degree, but I thought to myself, I'm a street fighting man [laughter], college isn't for me, but anyway, through his support I was able to enroll at Princeton Theological Seminary.

At that time, I was very angry with respect to the religious communities in the United States, the major issue for me was the life standards of the poor and Nelson Mandela in South Africa, those were big deals for me, in addition I saw the treatment of minorities as cause for concern. I wanted to know what the church had to say about these matters so it was there I received my answers at seminary before I graduated in 1984. I graduated, came out, eventually found a place in East Orange and here in Trenton where I worked for the First Presbyterian Church in their Hanover Street Ministry. That ministry was a part time ministry.  While working there I found that there was a deep need for education, many of the people there were rather miserable as a direct result of not finishing their education.

So I decided to volunteer at Mercer County College next door to help out. As a result, I made a lateral move from the Hanover Street Ministry to that of working for Mercer County Community College in their New Jersey Youth Core Program to their SMILE program.

Soon after that, I was invited to teach on an adjunct basis, English as a second language and conversation, then fortunately someone retired in the communications department at the College. Soon after that, the dean of the Liberal Arts division asked if I would like a position in the communications department. I agreed to this. The school was willing to take a gamble on me. That's why I have such a deep affection for Mercer County Community College, because they afforded me an opportunity to stretch, to learn what it means to be a teacher, what it means to value scholarship, what it means to be a human being. It's afforded me a wonderful perspective through which I am able to view the world . Our institution has students from around the world. So I have the opportunity to travel the world without packing my suitcase.

AGS: What was the motivation behind becoming an educator?

AGS: As an educator, what makes you unique or stand out?

I tell it how it is. My approach is non-traditional or unconventional. I like to keep things raw, every once and a while I may use an expletive. Its incumbent upon me to learn how students learn. I work at building bonds of affection. As an educator, I feel I can be an impediment or a facilitator. I choose to be the latter.

AGS: Did you face any challenges in becoming an educator? If so, how did you overcome those challenges?

Challenges come all day. We have bullies. We have those that have a high sense of self. There is another challenge, when I first started teaching, I can remember two young ladies were laughing as I was speaking.  I said I'm not going to proceed until you tell me what's so funny. The sister said, we were laughing because you talk white. I said to them that speaking properly is not limited ethnically or nationally. So that was a challenge. The judgment of my students and the judgments of our colleagues were all challenges.

AGS: As an educator, do you have any advice or tips for future educators?

I shy away from giving advice, because advice is like an armpit, some are cleaner than others [laughter]. But all jokes aside, I would say that we should remember that we are perpetual students. Life is ever expanding, the universe is ever expanding and we need to do the same, expand.


AGS: Can Anwar's Reflections have another interview in the near future?
Certainly.


AGS is an acronym for the author and founder of Anwar's Reflections, Anwar G. Salandy.
Posted by Anwar at 6:38 PM