Jay Z Performs In Brick City But What About Trenton 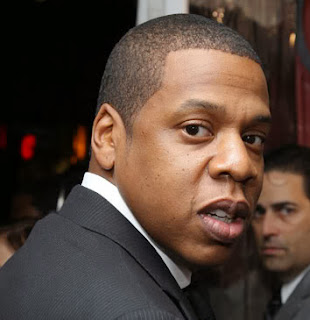 TRENTON-- As hip hop mogul Jay Z Shawn Carter goes on tour to showcase his new album, Magna Carta...Holy Grail, in the new year, one can't but help take note that he has found some time in his busy schedule to perform in the tri-state area i.e. New York, Pennsylvania, and of course New Jersey.

Needless to say, this is good news for the local economies of Brooklyn, Philadelphia, and Newark. Jay Z's mainstream appeal will undoubtedly attract a great deal of attention and consumer spending in these areas.

Even as one celebrates Jay Z's tremendous success and upcoming tour, one has to raise serious concerns about his decision to perform in Brick City but not in Trenton.

Now don't get me wrong ladies and gentlemen, I recognize that, yes, Mr. Carter has come a mighty long way since roaming the gritty streets of his beloved Bedstuy Brooklyn neighborhood to now being an internationally known hip hop icon. This man went from selling his music outside the trunk of his car to being a veritable household name. Indeed, Jay Z's success and prosperity is nothing to sneeze at or overlook. Even I have to admit that I, too, am a personal fan of Mr. Carter.

Lo and behold, I vividly recall listening to many of Jigga's classic LPs, Reasonable Doubt, The Black Album, The Life and Times Of Shawn Carter, etc during my younger years and even to this day. To put it simply, the man's record speaks for itself.

However, I do take issue with Mr. Carter deciding not to take a pit stop in Jersey's State Capital, yeah I said it, "why can't Jay Z perform right here in Trenton, New Jersey, a place he says "grew him" on his vintage Blueprint album. (Disclosure: Jay Z actually says that it was East Trenton that raised him).

Granted, both the Wells Fargo Center in Philadelphia and the Prudential Center in Newark are larger than Trenton's Sun National Bank Arena, but hey, there's still money to be made here in the State's Capital, don't let the naysayers tell you otherwise. Even though we face a record number of homicides this year along with a failing school system, and high property taxes, Trenton still has a lot to offer.

As a resident of this city, I can definitely attest to its strengths and virtues, not simply its weaknesses. Now of course, I know what you maybe saying to your self, dear reader, "what's this guy smokin...doesn't he know that Trenton is simply bad news, you got you're mayor under federal investigation and to top it all off when you go to the public library, you have to ask for toilet paper to use the restroom", but hear me out for a moment.

Most people may not know this, but Trenton is home to a deep and rich history. Just this past weekend, I was reminded of this history as Trenton Police required residents like myself on Warren Street to move their vehicles so that the yearly reenactment of the Battle of Trenton March could take place. For those that don't already know, in 1776, General George Washington and his army crossed over the Delaware River and defeated Hessian mercernaries in what became known as the Battle of Trenton according to the History Channel.

Along with this rich history, Trenton is home to a number of really good people and organizations that are doing positive things, now as we speak. People like Rev. Simeon Spencer at Union Baptist Church, filmmaker and author Will Foskey, Educator Baye Kemit of the Garvey School, Special Parents Advocate Nicole Whitfield, Hip Hop Recording Artist Big Ooh, and entrepreneur Tracey Syphax are just to name a few. The efforts of these individuals may get overlooked in the mainstream press, but trust me they are moving and shaking things up here in the city.

So I challenge and invite you Mr. Carter to take a trip to Trenton and 'show some love' to a place that helped in your own words grow you. Even though others may have written off the city doesn't mean you have to...Come back home Hov and I promise you, Trenton will show you some love...