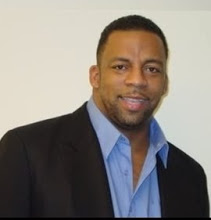 TRENTON-- Longtime Trenton activist Daryl Mikell Brooks has announced that he is running for City Council at Large. Brooks, a two time failed United States Senate candidate and a vowed member of the Tea Party, declares that if elected, he will fight to overcome the foreclosure crisis, reverse economic disinvestment and  foster opportunities for viable youth development, family stability, and educational and economic advancement for all according to a press release. Along with this, the Trenton native says that if elected he will make it a priority to get corporate funding to reopen four shuttered city libraries that were closed due to budget cuts last year.

I think even though Brooks is running in a non-partisan election, his candidacy raises an important question: why aren't there more independent voices in local politics? Sure, some may say fundraising obstacles, organizational backing, and other issues prevent independent candidates from being serious contenders in general elections, but I think Brooks and other independent candidates also face the challenge of trying to win over a constituency that is historically loyal to the Democratic Party despite the dilapidated conditions of inner city communities. Indeed, high levels of unemployment, a dismal high school graduation rate, crumbling infrastructure, and an ongoing public safety issue are all problems that continue to plague inner city communities like Trenton.

Candidates like Brooks hope to turn the tables on the conventional way of doing things in Trenton. In a brief interview, Brooks claims that he is disappointed with current leadership and how they lack vision for the 21st century. He is a member of the Tea Party, a political group that many people in the Trenton community are suspicious of mainly because of its criticism of the Obama administration. However, according to a Tea Party website, they stand for “limited government, fiscal restraint, and individual liberty”, some things that may actually help inner cities like Trenton if they were applied.

In this sort of climate where inner cities face tremendous challenges, I think now is all the more time to hear alternative visions and viewpoints that might actually work. I think it will do us a lot better than staying politically loyal to a party that has not substantially turned things around for the better while they have had power. Ladies and gentlemen, that’s my story and I’m sticking to it. Feel free to disagree and chime in on this larger discussion about improving the city of Trenton...

For more information on Brooks and his candidacy, click here.
Posted by Anwar at 8:46 PM