Is Trenton Headed For Chaos or Community? 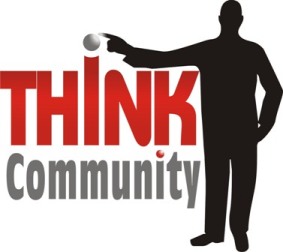 TRENTON-- Today, as accusations of corruption in high places circulate and urban violence peppers our streets, the city of Trenton finds itself in quite a quagmire.

In just the past few weeks, we have witnessed our city's mayor being escorted in handcuffs by Federal Agents after allegations surfaced that he was involved in conspiring to extort $119,000 from a Hudson County developer for a downtown parking garage. As news spread, residents looked on with embarrassment, support, and misunderstanding, all at once.

On top of the mayor's troubles, New Jersey's state capitol, was struck with a recent spate of violent crime. News reports indicate that a 77 year old city woman was the recipient of gunfire as her Stuyvesant Avenue home was shot up two weeks ago. And if that's not enough, a 19 year old young man that seemed as though he was on the right track was needlessly shot and killed this past Saturday. As of today, the city has seen 15 murders this year.

Despite these grim and unforgiving realities, I am not going to join that chorus of doomsayers that suggest that Trenton is going to hell in a hand-basket. Yes, Trenton needs repair, but, please believe, we are not living in Beirut. Over the course of living in this community and blogging, I have seen many positive things happening. Just last month, volunteers and other members of the community helped put together a new playground at Monument School. For more information on this, click here.

But even as I celebrate those positive things, I also recognize the need to speak to those nagging problems that afflict our neighborhoods. As stated earlier, crime and corruption are real things in our community. So, in saying that, I think the first step in dealing with these sorts of issues is to put an end to all the finger-pointing and fault-finding and recognize what Trenton Police Director Ralph Rivera recently said.

At a community meeting, Rivera said that its going to take "a partnership, the police cannot do this on their own". Indeed, we (including myself) as stakeholders in the community, are going to need to put our money where our mouth is, figuratively speaking, and stop complaining about what others aren't doing. Trentonian columnist LA Parker echoed this sentiment when he said that this recent spate of violence "will serve as a rallying point for the city of Trenton" for us to wake up and get involved.

It seems clear to me that it is going to take a collective effort on all our parts to improve our community. Now please don't get me wrong, in difficult economic times, one doesn't expect to get blood from a stone, if one cannot provide financially, one can still help in other ways by investing their time and effort.

For instance, let's take that extra two hours we have during a typical week and use it by talking to our youth and really being there for them. Or perhaps, you can take that extra time and volunteer that time to help community groups and organizations that already exist. These groups are out there and are in need of help. To name just a few of these organizations, there are the Fathers and Men United For a Better Trenton, the Trenton Chapter of the NAACP, the PeaceKeepers, the Boys & Girls Club of Trenton, and Capital City Youth Development Council.

These groups need our time and talents. If you have a knack for providing counsel and being a mentor, what is stopping you? If you have a gift for working with children, then Lord knows your gift is needed somewhere. Or perhaps your forte is community organizing, then why not get together a group of individuals to do a weekly block clean-up. Lo and behold, it is through these small but significant deeds that our community can improve. Don't get me wrong, it won't be easy, and the change won't happen overnight, but if we stay committed and resolve to make a difference, change is possible.

As Dr. King so eloquently said, will we choose chaos or community? I sincerely hope we choose the latter.
Posted by Anwar at 11:36 AM

Email ThisBlogThis!Share to TwitterShare to FacebookShare to Pinterest
Labels: Capital City Youth Council, Fathers and Men United For A Better Trenton, LA Parker, the Boys and Girls Club of Trenton, the Peacekeepers, The Trentonian, Trenton Chapter of the NAACP, Violence