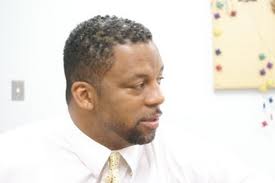 TRENTON-- Local political activist and blogger, Daryl Brooks, was jailed Thursday for not complying with his parole counselor's request that he admit to a crime he insists he did not commit according to close friends of the beleaguered activist.

Brooks, a former senate candidate, was convicted in 1998 on counts of lewdness, endangerment of a child, and sexual assault, a crime for which he has maintained his innocence.  After serving his time, the political firebrand has confronted issues plaguing urban and suburban neighborhoods alike: drugs, guns, gang violence, inadequate educational system, prison system, police corruption and poverty.

Brooks' most recent bout with the criminal justice system comes at a time when he had initiated a hunger strike protesting what he thought to be unjust treatment by the Mercer County Parole Board.

In a recent Occupy the Hood blog, Brooks said that his hunger strike was brought about by the parole board's decision to revoke his Internet privileges. According to Brooks, the parole board denied him the ability to appeal or challenge their decision. He reports that they will not let him or his attorney see or have a copy of the lie detector results. The activist views the parole board's actions as somewhat like what would happen in communist countries like China or North Korea, not in America.

Now as Brooks sits in jail, his friends and supporters demand an immediate investigation of the matter.

According to the embattled activist's mother Jane, his bail has been set at $1,000. She has already put together $500 of that amount.
Posted by Anwar at 6:07 PM