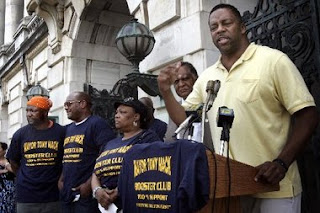 TRENTON-- Political activist Daryl Brooks releases new audio-book, Why Me?, chronicling his life experiences as a Trenton resident, activist, and former candidate for US Senate. In the audio-book, the political firebrand recalls his days growing up in the city's Donnelly Homes along with his four year stint in prison for a crime he claims he did not commit.

Brooks was convicted in 1998 on counts of child endangerment, lewdness, and sexual assault. From day one, he insists he did nothing wrong and that he was railroaded for his unapologetic, no hold's barred, political speech exposing corruption in high places. 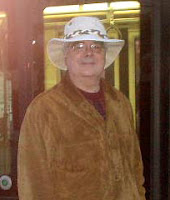 Anwar's Reflections-- a Trentonian affiliate-- interviewed individuals that listened to the audio-book to see what they had to say.

Tea Party member George Hathaway, said the audio-book is a "good and courageous attempt to present Daryl to the political community. He came out of the closet, there was a lot of uncertainty regarding his background. he needed to make it clear to the larger community and many of the Tea Party. Its a sad story of corruption and victimization, what goes wrong in the inner city. It shows how a individual can get victimized and have their lives ruined for a long time.

He went on to say that Why Me? "starts a conversation about what can happen when you stand up for what you believe in". He went on to say that Brooks' story illustrates how those who are wielding the power can come down on an individual, what can happen to an individual that goes against established power. The story shows that one takes a lot of risks in their hands when they challenge entrenched power".

Hathaway goes on to say that the audio-book underscores issues that often go overlooked in the mainstream. Issues like "prisoner rights, its just a shame, its ruined a large part of his life. The book opens up a dialogue about these larger issues". 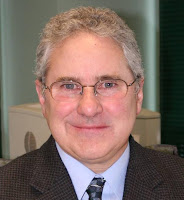 Joe Siano, another Tea Party loyalist said, "I hope it [the audio-book] vindicates his name, I think that's why he's putting it out there, its a good effort to head this issue off and to explain it once and for all. Ultimately, its up to the audience to make their own judgment, listen to it, I think its up to the court of public opinion whether he will be able to vindicate himself, I think its a great way to have his story heard". Siano also thinks Brooks' story highlights issues of abuse of authority on the part of police department, the prosecutor, and the mayor's office.

Founder of the blog, Restoring Freedoms, Lou Jacikoff, said that, "Why Me? raises questions about the criminal justice system, the judicial system, it shows the reader that the system needs a good looking at, it needs repair, it can no longer be about the good ol' boy system". 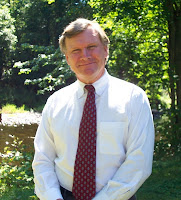 "Our system is based on who can you hire as an attorney, it shouldn't be that way. There are two systems of justice: those that have and those that don't have, I think Daryl's story is a microcosm of what's happening in our judicial system where people are railroaded because they have a hard time defending themselves. Its disturbing, but there have been a lot of people out there that have been imprisoned but turned out to be innocent because they did not have proper representation. Daryl's story reveals that".

To get a copy of the audio-book, click the link below: