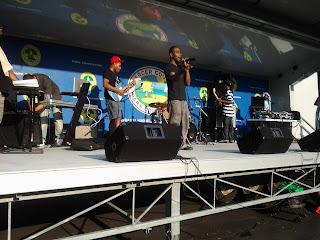 TRENTON-- Trentonians and tourists alike attended the city's first ever African American Pride Festival located in Cadwalader Park this past Saturday. Rich historical artifacts were on display, tender ribs were simmering on the grill, and soulful music was playing in the background as members of the audience danced to the beat.

The inspiration behind the city's first ever African American Pride Fest came from Trentonian columnist LA Parker. The columnist looked at Trenton as a whole and saw that events celebrating African American culture and history were lacking and threw the idea out there for people to think about. His idea turned into a reality this past Saturday. 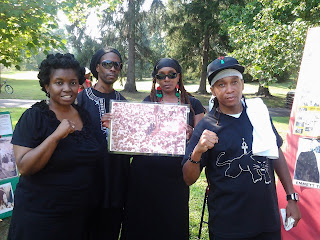 Vendors, families, and entertainers alike were all on hand to take in the festivities. Trenton's own Wise Intelligent of the well-known hip hop group Poor Righteous Teachers performed. Dr. Jack Washington, an area historian, recited Martin Luther King, Jr.'s historic I Have A Dream speech. Ghandi, host of the city's well-known GPS (Ghandi's Poetry Spot) located at Cafe International was also on hand to introduce the city's youth. 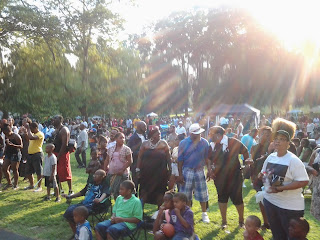 Anwar's Reflections --a Trentonian affiliate-- attended the festival to hear what people thought about the event. One event goer, Christian from Ewing township, came with his friends and said that he enjoyed the festival because he really liked the cultural artifacts on display. Another event goer, Sharon Shivers, came along with her family and said that she liked the vendors that came out to the festival and that all in all, the event was successful. One vendor at the event, Shiela Wilson, who sold hand made jewelry, said that the festival was very positive and that she was impressed with how everything turned out.

Another vendor, Maria from SUA Enterprises, said the show's turnout was fabulous and that everything was very good. Butta, a local lochtechian (an individual that specializes in treating natural hairstyles), said that she enjoyed the event as well. Divine Allah, former city council candidate and community activist, said that the festival is important because "we need to showcase our experiences here in America". In a video below, he describes the horrific story of Emmitt Till.