The New World Order has that "Old World " odor 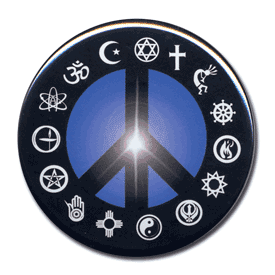 The New World Order has that "Old World " odor.

Isn't it strange how what's old is presented as what's new. According to Webster's New World Dictionary, the word "niggard" is a term of Scandanavian origin. The word means to be covetous or stingy. Another definition of the word is to be grudgingly reluctant to grant (to give). And what is it that is grudgingly being granted ? Care for the least in our society, and COMPASSION.

Scripture tells us that during the life of the humble Galilean the tax collectors and the Sanhedrin were considered to be "gatekeepers" of their times. They were also the accepted, selected and protected social elite ( lawyers, scribes and priests) who, with the protection of the state, professed a belief in The Creator of All Life. They were the exclusive arbiters of the Mosaic Law, yet they gave their allegiance to Caesar. Also , in those days , "the poor" consisted of the elderly, shepherds, widows, the sick and children. Little mercy or compassion was shown towards one's neighbor , due to the veil of suspicion , the fear of terrorism and rebellion that existed during the era of the PAX ROMNA. That was then. What about NOW?

Has America shown compassion in relationship with her huddled masses yearning for a better life, or have we been witnesses to the CREMATION of CARE in HD (high definition). Today, we have been observing an evolution in consciousness that is taking place in the HUMAN RACE throughout the world . However, our s/elected leaders have paid little to no attention to this phenomenon. In fact, many are ignorant of this evolutionary activity.

This shift in consciousness is the result of a fundamentally deep evaluation regarding relationships , called the inward, or involutionary journey of the soul, meaning the process of quiescence, Self reflection and alignment with Source. Unless there is an involution within people there can be no evolution in society. That is to say that without peace of mind in individuals, there can be no peace in the world or in our environment.

Yes,there are people of other nations, ethnicities, cultures and different skin tones (pigmentation variations) that exist amongst us. But these variations are a necessary result of regional adaptation. However, different does not mean deficient, and as a species among other intelligences , we are learning to be much more allowing of others who appear to be different from ourselves. This realization has become much more prevalent, especially among the youth of today. But there is stiff resistance coming from "the RACE HATERS" who possess enormous wealth and buy people's souls.

It seems that the commercial airwaves are dominated and manipulated by facile forces of state. These are what one call "THE RESISTERS" who resist the power of love and the quietness of peace. Rather, it seems that they encourage, embrace and promote the cacophony of chaos, war, deceit, scorn, cynicism, fear, organized mayhem, and the culture of death. There seems to be a deliberate decision of tapping into the anger, suspicion and fear that exists in certain segments of the society, so that those who are most susceptible to this frequency can continue to practice their destructive and eventual self destructive agendas.

And to what end? As the mighty O JAYS sang, "for the love of MONEY. It is written that "the love of money is a root to all kinds of evil "( 1st Timothy 6:10 ). It is at this point that I would like to share from my perspective, that there is but One Presence in the Universe....God The Good. No matter what others may say or do,the salvation of mankind is the LIGHT of Knowledge. Not intellect, but Supeme Intelligence. This gift of SUPREME INTELLIGENCE or the LIGHT of KNOWLEDGE was given to every human being.

Many of us talk about it, but few of us pay much attention to the Way of Knowledge. Our Emotions play a guiding role in this Way of Knowledge. And were we wise, you and I would begin asking questions about how we feel regarding our thoughts and ourselves.

Even though the light is dim, it is still present. It will dispel benightedness. Love is the most powerful force in the universe. So let us show LOVE to that person in the mirror we see every day, and extend that love to our neighbor, for with LOVE and FAITH in the CREATOR of ALL LIFE and in the FAMILY of MAN we can never be separated, not even by death.

Now will the real "NIGGARDS" please stand up? Of course not .... they're hiding behind the political executors of their estates.