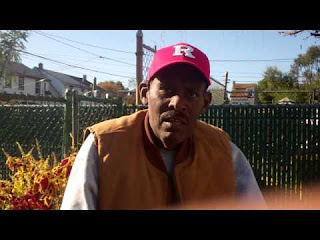 Recently, Clark said good bye to his life of activism and community service after suffering a heart attack at the age of 49.

While working in the community, Clark has run for political office and consistently fought for quality of life issues like eliminating urban blight and keeping elected officials accountable. Along with this, Clark demonstrated his commitment to the community by not missing a single City Council meeting. Rain or shine, the East Trenton native was there.

In the past, Clark has been recognized by individuals like State Senator Shirley Turner, Congressman Rush Holt, and others for his work in the community.

Clark is Anwar's Reflections first ever recipient of the Community Servant of the Year Award for his work and dedication to the community.

In an exclusive interview, Clark said that he has always sought to be "a good neighbor" to others when doing work in the community. He said this desire ultimately came from the way he was raised. Clark went on to say that despite walking away from his life of activism, he hopes others will pick up where he left off and keep working.